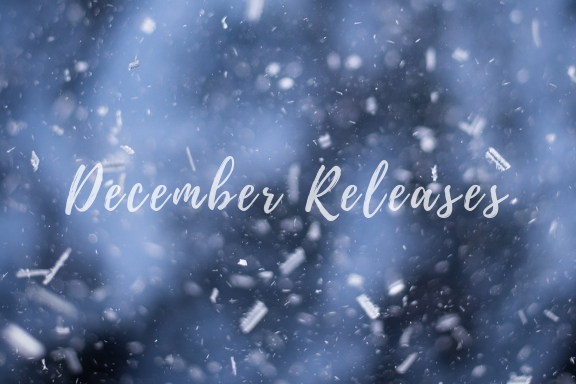 This is the last monthly anticipated releases post of 2018… What?! That is so hard to believe, haha. I’ve been thinking about whether I want to continue these posts in 2019 or whether I should start doing TBR posts instead, not necessarily of new releases but just of any books I’m planning on reading that month. Please comment and let me know your thoughts! Anyways, here are some December releases that I’m looking forward to: 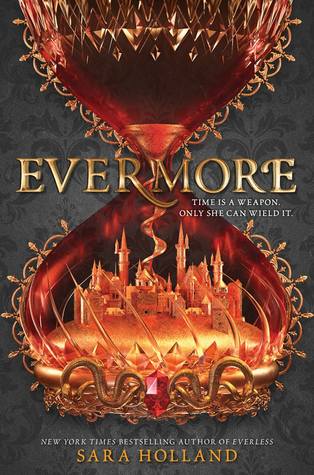 Jules Ember was raised hearing legends of the ancient magic of the wicked Alchemist and the good Sorceress. But she has just learned the truth: not only are the stories true, but she herself is the Alchemist, and Caro—a woman who single-handedly murdered the Queen and Jules’s first love, Roan, in cold blood—is the Sorceress.

The whole kingdom believes that Jules is responsible for the murders, and a hefty bounty has been placed on her head. And Caro is intent on destroying Jules, who stole her heart twelve lifetimes ago. Jules must delve into the stories that she now recognizes are accounts of her own past. For it is only by piecing together the mysteries of her lives that Jules will be able to save the person who has captured her own heart in this one.

I’m the worst when it comes to forgetting what happened in the first book before the sequel comes out and I honestly forgot how much I loved the end of Everless until I read this synopsis. I thought that it had a great twist. I can’t wait to learn more about Jules’ past as the Alchemist and see what happens between Jules and Caro. I also was really into the romance by the end of the first book and I’m so excited to see how that develops!

Dear Heartbreak, a YA anthology edited by Heather Demetrios (December 18) 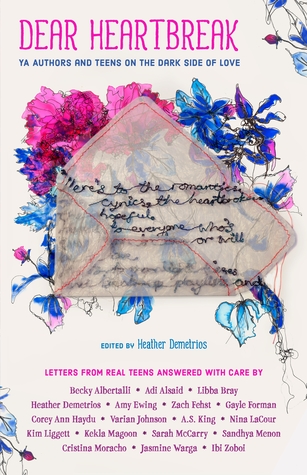 This is a book about the dark side of love: the way it kicks your ass, tears out your heart, and then forces you to eat it, bite by bloody bite. If you’ve felt this way, you’re not alone…

In this powerful collection, YA authors answer real letters from teens all over the world about the dark side of love: dating violence, break-ups, cheating, betrayals, and loneliness. This book contains a no-holds-barred, raw outpouring of the wisdom these authors have culled from mining their own hearts for the fiction they write. Their responses are autobiographical, unflinching, and filled with love and hope for the anonymous teen letter writers.

I’m really excited for this anthology. Not only are some of these authors really loved, but this book sounds like it’s going to be full of important messages. I’m also currently in the mood to read about the dark side of love for a change, so I’m interested to see how much I like it. 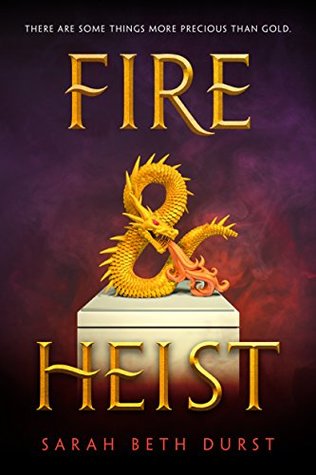 In Sky Hawkins’s family, leading your first heist is a major milestone–even more so than learning to talk, walk, or do long division. It’s a chance to gain power and acceptance within your family, and within society. But stealing your first treasure can be complicated, especially when you’re a wyvern–a human capable of turning into a dragon.

Embarking on a life of crime is never easy, and Sky discovers secrets about her mother, who recently went missing, the real reason her boyfriend broke up with her, and a valuable jewel that could restore her family’s wealth and rank in their community.

With a handpicked crew by her side, Sky knows she has everything she needs to complete her first heist, and get her boyfriend and mother back in the process. But then she uncovers a dark truth about were-dragon society–a truth more valuable and dangerous than gold or jewels could ever be.

Heists and dragons?! Yes, please! The only book I’ve ever read about a heist was Six of Crows and while I’m not sure that anything can compare to that, I thought the concept of a heist was really interesting and I’d love to read about another one. 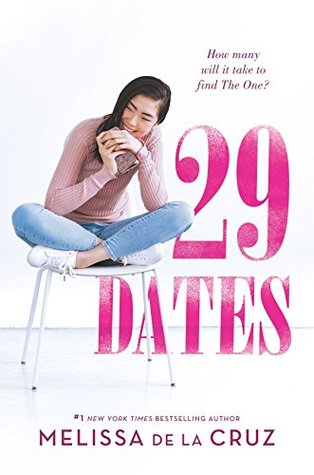 Jisu’s traditional South Korean parents are concerned by what they see as her lack of attention to her schoolwork and her future. Working with Seoul’s premiere matchmaker to find the right boyfriend is one step toward ensuring Jisu’s success, and going on the recommended dates is Jisu’s compromise to please her parents while finding space to figure out her own dreams. But when she flubs a test then skips out on a date to spend time with friends, her fed-up parents shock her by shipping her off to a private school in San Francisco. Where she’ll have the opportunity to shine academically—and be set up on more dates!

Navigating her host family, her new city and school, and more dates, Jisu finds comfort in taking the photographs that populate her ever-growing social media account. Soon attention from two very different boys sends Jisu into a tailspin of soul-searching. As her passion for photography lights her on fire, does she even want to find The One? And what if her One isn’t parent and matchmaker approved?

I really enjoy diverse books and I think learning more about South Korean culture and values would be so interesting. I also think the matchmaking aspect of this novel seems like it’s going to be really cute. Another part that I’m excited to read about is the photography. I took two photography classes last year and loved them so I’m eager to see how Jisu’s passion for taking pictures grows

The Fade by Demitria Lunetta (December 11) 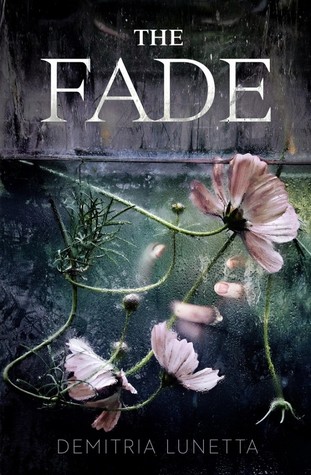 We don’t want to disappear. We want to be found.

Something terrible happened in her basement. Haley can feel it.

Four girls went missing several years ago, and the police never solved the case. But Haley know the missing girls were murdered. How else can she explain the hostile presence in her house?

The ghostly girls need something from her. And unless Haley can figure out what they want…she might be next.

I think the concept of this book sounds interesting because I love crime shows and novels. I’m a little hesitant to pick it up though because it reminds me of The Cellar which I read a few years ago and wasn’t a fan of. Hopefully I enjoy this one more.

What December releases are you looking forward to? In 2019, would you like to see more anticipated releases posts or should I start doing monthly TBRs instead?