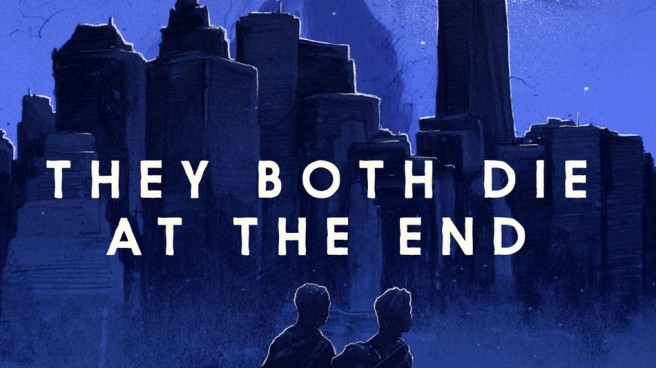 I kept hearing that this was one of the best books of 2017 so of course I had to read it before the year ended. In fact, I decided to read it at the same time as I listened to The Upside of Unrequited by Becky Albertalli and all I can say now is that I can’t wait for their collaboration, What If It’s Us, to come out in October 2018!!

Mateo Torrez and Rufus Emeterio have never met before but they have one thing in common: Death-Cast called them on the morning of September 5, 2017 to tell them that they were going to die today. Mateo has always been paranoid, but he’s spent so much time playing it safe that he’s never really lived. Rufus doesn’t like the person he’s become. They both want to turn things around on their last day so they go on the Last Friend app and end up becoming each other’s Last Friend. The novel follows the adventures they go on together on their last day and the relationship that they build.

Writing an entire book that takes place in one day sounds pretty much impossible but Adam Silvera pulled it off and he did it well!! I thought that the novel was perfectly paced. Not only did it hold my interest, but I felt like the events of that day were spread out and explained in just the right amount of detail to develop a believable romantic connection between Rufus and Mateo.

Honestly, I liked Mateo a little better than Rufus initially. He came off as a sensitive bookworm, while Rufus seemed a little rough around the edges. However, over time I really came to love both characters and to appreciate them for what they brought out in each other. Rufus brought out Mateo’s brave, wild side and Mateo brought out Rufus’s loving, selfless side. I’m so happy their worlds collided and that they found the adventure, friendship, and love that they deserved on their last day.

Although most of the story was told from Mateo’s and Rufus’s perspectives, there were several chapters written from a variety of other characters’ point of views. Sometimes the use of so many perspectives can be overwhelming but in this case, it was perfectly executed. It really allowed the reader to see how each person affected another. The way so many people’s lives intertwined was my favorite part of the book. For example, one girl decided not to kill herself while watching Mateo and Rufus walk down the street because their friendship gave her hope. I’d say the main lesson to be taken away from They Both Die at the End is to live everyday to the fullest. However, this multi-perspective element really makes you think about how your actions affect others, both positively and negatively.

The concept of Death-Cast was interesting, although it seems so far into the future that it was hard to imagine it being so prevalent in the world in 2017. I was also confused about whether or not it was more likely to die young. Because Mateo spent his whole life worrying that he was going to die any day, I began to wonder if there was an increased chance of dying at a younger age. Spontaneous death just seemed even more prevalent than is usual in our world.

Overall, I thought this book was really cute. It managed to make me both happy and sad, and I totally had feels for Mateo and Rufus. However, it just didn’t rip my heart out. So unfortunately it didn’t completely live up to the hype for me because I got the impression I wasn’t going to be able to stop crying by the time I was done. But I really enjoyed it nonetheless and would absolutely recommend it.